If you like reading this blog, be sure to check out our Plastic Packaging Blog, featuring new content from all over the world!
get consulting help now!
Get the Latest Industry News Delivered to your Inbox Each Month 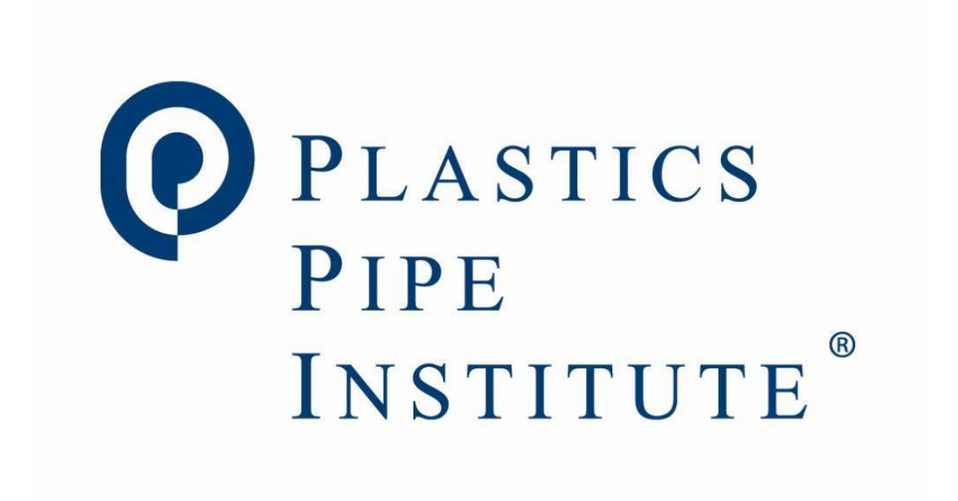 July 1, 2019
PPI Discusses Benzene and How it Ties into California Wildfires 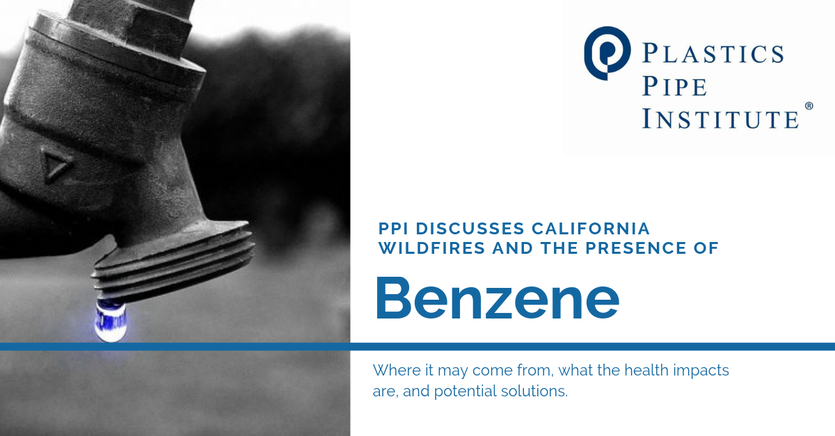 Drinking Water, Benzene, and California Fires
After the unfortunate Santa Rosa and Paradise fires in California, the detected level of Benzene in the drinking system was elevated. Some experts have stated that plastic pipes are to blame, but PPI provides another insight on the matter involving the burning of wood and other natural products. While the city of Santa Rosa believes Polyethylene is to blame,  PPI states that "Although the plastic pipe in the system may have burned or melted, we do not believe that the specific contaminants that have been detected in the water system originated from the burning or melting of polyethylene pipe.​" The city also stated that Benzene could be formed during pyrolysis of polyethylene. However, under typical fire conditions and temperatures, pyrolysis will not occur. Instead, pipe will usually combust with high temperatures and oxygen present. PPI goes on to cite a 1996 study by the Society of the Plastics Industry (SPI) which looked at what substances or chemicals are released from melted polyethylene. The study found that no aromatic substances such as Benzene were found during the study.

Ultimately, PPI thinks that the water system was contaminated from natural substances such as ash, soot, and other wildfire leftovers. However, there were all sorts of materials burned during the fire, including car batteries or other toxic materials. It is likely that these natural and man-made materials were back siphoned into the system through severed lines during the wildfire. Some additional sources are linked below for you to view:

The most recent and complete PPI response to the Santa Rosa wildfires, and allegations of benzene forming from the burning of plastic pipes: Click to Link

On April 18, 2019 the Sacramento Bee published a story* on the situation (*the story lays out better in Chrome), with a short quote from PPI 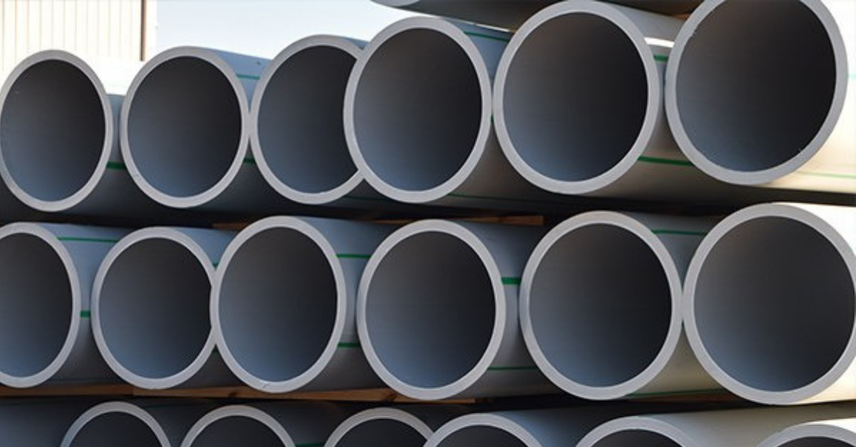 United Poly Systems, a polyethylene pipe extrusion company, is sold to Equity Firm
United Poly Systems, a Polyethylene pipe extrusion company in Springfield Missouri, was recently sold to an equity firm named Industry Opportunity Partners. Under the new ownership, they plan to boost pipe production capabilities and build out their product mix more. Their target market is end markets and applications for pressure pipe fluid applications and conduit pipe for cable and electrical transmissions. United Poly Systems has a growing reputation and demand from oil and gas, industrial, municipal, industrial, and utility markets. They also make HDPE pipe with diameters from 3/4 in to 16 in with custom colors. 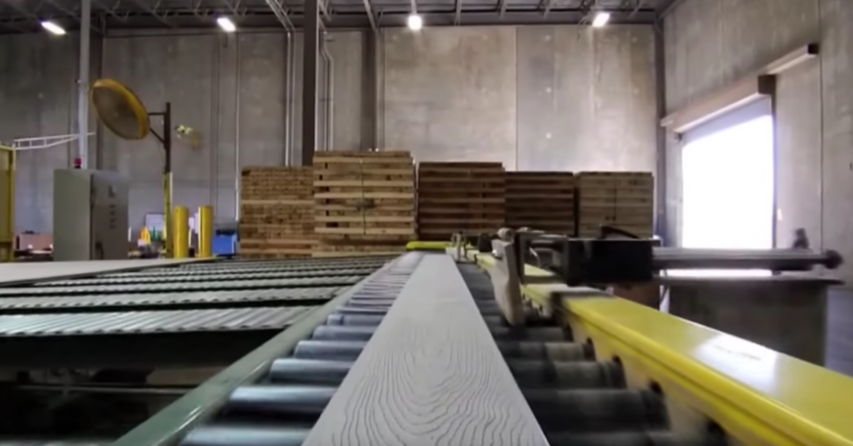 Trex Plastic Extrusion
Virginia based Plastic extrusion company, Trex, plans to invest another $200 Million into a new plant by their headquarters and more production lines at their Fernley Nevada plant. Trex is actually the world's largest deck and railing producer and they expect their new plant to be running by first quarter of 2021. This company is a big recycler of plastic bags and film which they use to create their composite decking that competes with wood. Luckily, Trex has been gaining in popularity as many people are switching from wood to composite which is creating a healthy demand for the company. Due to this higher demand, they needed to expand capacity earlier in order to keep up. Trex also extrudes pipe, profile, and tubing and are the sixth largest manufacturer across the US industry.

You can read the full article here on Trex's investments.
For more info on Extrusion Consulting, click here.
July 2, 2019
Not All ABS is Created Equal by Joe Henz 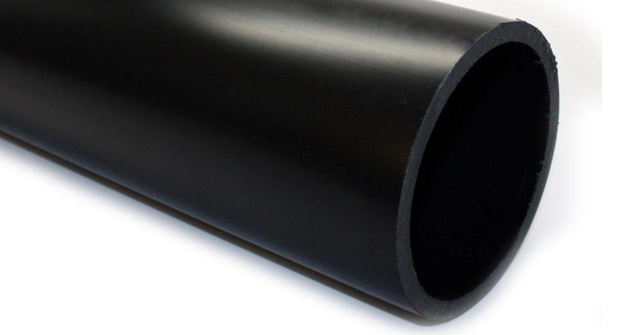 I was fortunate to witness firsthand a number of major, high-dollar corporate screw-ups early in my career.  Two of them involved ABS (Acrylonitrile-Butadiene-Styrene): the ubiquitous, commodity plastic widely used across industries.

ABS is a terpolymer, meaning it has--grafted together--three polymers (Acrylonitrile, Butadiene Rubber, and Polystyrene) into one.  The beauty of this is that ABS has a nice balance of properties--better than any of its constituents has individually. And it can be tailored to the application.  Need higher impact? Boost the amount of Butadiene Rubber. Need higher strength and heat resistance? Add more Acrylonitrile. Care more about easy molding and cheaper price?   More Polystyrene.

The problem with ABS is it requires technical expertise to graft the A, the B, and the S together properly.  Some companies do it well. Some don’t.

Take Exhibit A: in the 1980’s I was paying my way through college by working as a lab tech for a Conglomerate, with a subsidiary that extruded corrugated, double-wall ABS pipe for the municipal sewage market.  ABS was sourced from three suppliers. Resin from all three suppliers processed fine, and made decent-looking pipe. The problem manifested itself some years later, after miles and miles of pipe had replaced the rusted iron pipe under Main Streets across the nation, and said street then repaved.  This is a laborious and costly process, which municipalities do not expect to have to revisit for several decades. So it was no surprise that the Conglomerate was hit with numerous multi-million dollar lawsuits, when some of these pipes failed in just a short time after installation.

Strangely enough, only some of the new pipes cracked.  I emphasize “some” because our R&D department--using SEM Microscopy--determined that the ABS from bad pipe looked very much different than ABS from good pipe.  And we eventually determined that all the bad ABS came from ONE supplier!

Fast-forward a decade to Exhibit B: I worked for a Major Appliance Manufacturer, making refrigerators.  You know that nice, white interior of the fridge? That’s a single, thermoformed sheet of ABS. We used a well known ABS company to create that and it worked great! We used it for decades, consuming it by the tens of millions of pounds annually, and lived happily ever after...

That is until Corporate decided to save money by switching to another ABS manufacturer.  This move saved us thousands of dollars--tens of thousands, in fact. Unfortunately, it ended up costing us MILLIONS in the ensuing service calls.  How? Well, the new supplier was able to sell their ABS for less by scrimping on the Acrylonitrile, which is the most expensive ingredient in ABS. Consequently the new ABS was about 20% weaker, and not as chemically-resistant as the flagship product we were using previously.  If you’re wondering what went wrong--technically--the chemical blowing agent we used in the polyurethane foam insulation, which is pumped into the void between the ABS liner and the sheet metal cabinet, attacked the ABS.

It wasn’t long before customers started complaining about unsightly cracks in the nice, white interior of their fridge--and they wanted something done about it.  Problem was, there wasn’t really anything we could do about it  (attempts to patch it looked like crap), except to replace the entire fridge!  And the failures occurred soon enough that the product was still under warranty.  Ouch!!!

Moral of these stories: ABS is a great material, but only if you buy from a reputable supplier, carefully qualify the grade you choose, then stick with it!