If you like reading this blog, be sure to check out our Film Blog, featuring new content from the world of Plastic Films!

September 26, 2017
Sign Up to Join the Extrusion Industry's Largest Conference
Plastic extrusion professionals are invited to the upcoming Extrusion 2017 conference, advertised as the lone conference focused on every part of the extrusion industry.  Hosted in Charlotte, North Carolina from October 18th through October 20th, visitors will get the chance to attend seminars, participate in focused breakout groups, and network with fellow professionals from across North America.  Check out their website for complete details on the conference, including how to register.

﻿
September 7, 2017
Bryan Hauger Consulting Joins the Plastics Pipe Institute
We're pleased to announce that Bryan Hauger Consulting is now officially a member of the Plastics Pipe Institute.  PPI is the world's foremost organization dedicated to increasing awareness and market share of plastic pipe products, and they boast a vast network of industry contacts.  In a statement, Dr. Bryan Hauger was enthusiastic to be a part of PPI.  "The strength of the industry representation and the long-term relationships makes PPI membership valuable for everyone in the plastic pipe industry.  I look forward to scheduling meetings with old friends and exploring new business opportunities at PPI."  To see a list of current PPI members and to learn more about the organization, ﻿visit their website.
﻿

These data were developed for polyethylene, however, interestingly enough, these same estimated relaxations have worked well for predicting stress relaxation in other plastic materials including other polyolefins, acetals, and PVC. Even more useful is the fact that these same apparent relaxations work well as a guideline for estimating the relaxation of polymers at various temperatures, when given the short-term modulus of the material at that temperature.
Creep rupture is another time-dependent property that one often needs to estimate for long-term performance. In this property, one is not so interested in the amount of deflection over time, rather one is more interested in estimating the time-to-failure (rupture) under a constant load or stress. This property is commonly used to “predict” the time-to-failure for plastic piping materials. By using high pressures to generate short times-to-failure, and successively using reduced pressures on other specimens to produce respectively longer failure times, one can develop a relationship of the logarithm of time-to-failure as a function of stress. This same relationship can be developed using tensile bars at various stresses.  The use of time on a logarithmic scale allows one to utilize short-term data to estimate performance at much longer times. Usually the limit of realistic extrapolation is confined to one log decade, i.e., with 1000 hours (6 weeks) of data one can expect reasonable projections to 10,000 hours (13 months), etc. A number of statistical parameters can also be applied to the data to establish the “reasonableness” of the model.  It isn’t necessary to develop actual field data to determine how a product will perform in the long-term, nor is it necessary to design a plastic part by the “guestimating” approach. Long-term performance can be reasonably estimated using simple testing techniques with the application of adequate statistical methods. 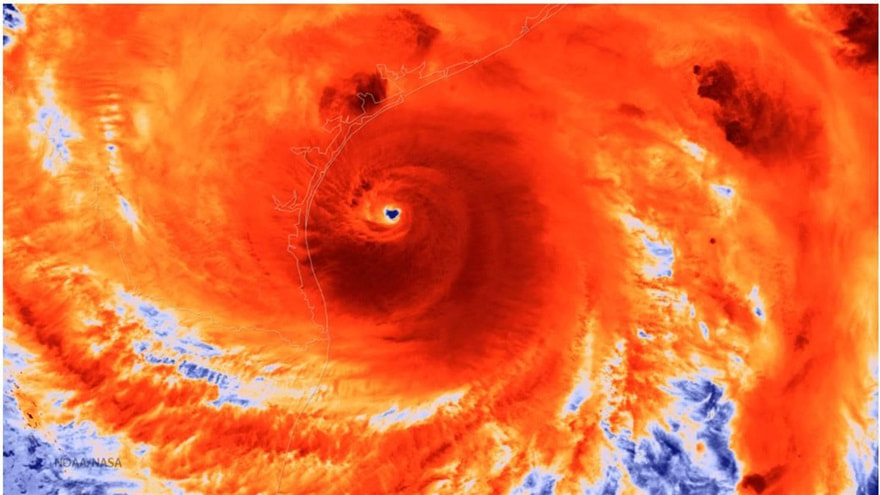 Hurricane Harvey continues to damage Texas
September 1, 2017
Chemical fire out for now, but more concerns still linger
The fires happening at Arkema’s Texas plant have burned out at this point, but there’s still a high level of concern from emergency management officials.  Most believe that the remaining chemicals still have a high risk of catching fire soon, and that’s forcing emergency crews to still keep their distance from the facility.  On top of all of this, the company is now under some scrutiny for their risk management plan, which may not have had a comprehensive plan for dealing with flooding.  Click on the link for additional details on all of the latest developments from Texas.

August 31, 2017
Chemical plant explosion following hurricane-related floods
Chemical producer Arkema’s Texas plant had a few chemical explosions following reactions caused by floodwaters from Hurricane Harvey.  The company believes some of the vapor release valves popped, resulting in some fires.  While Arkema downplays the toxicity of the burning chemicals, FEMA officials warn the public to avoid the smoke, warning the public about potential harmful side effects.  The floodwaters can help to dilute the chemicals, but also makes it more difficult to fight the fires and reach the facility.  Read the full article for more details and the latest developments from Texas.
Full Article

August 30, 2017
Hurricane Harvey Batters Houston-area manufacturers, forces shutdowns
Hurricane Harvey’s immediate damage caused in Texas is causing many chemical plants in the Houston area to temporarily shut down.  Massive rainfall is resulting in various plastics companies declaring force marjeure.  For most of these companies, there’s not a strict timeline on when operations will resume, though some, like Formosa Plastics USA, are setting goals to be open by the end of the week.  Check out the full article for an expanded list of company closures.
Read Full Article﻿
© Copyright Bryan Hauger Consulting, Inc., 2017. All rights reserved.